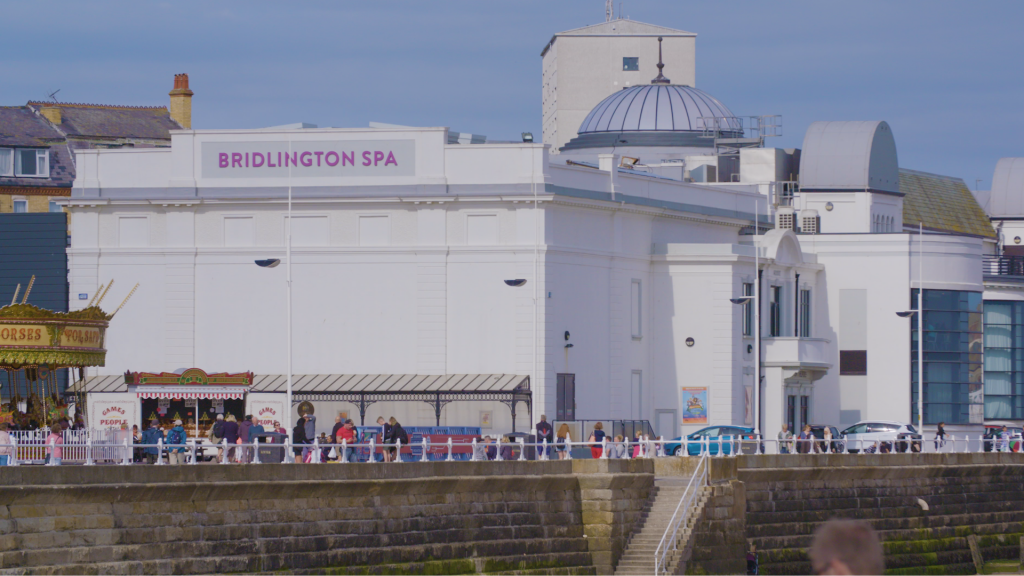 What’s on at Bridlington Spa
Perfectly positioned on the sea front, Bridlington Spa is an events venue, dance hall, theatre and conference centre. Attracting the best names in music, drama and comedy, this is the place to visit during your stay in Bridlington.

Bridlington Spa History
The Bridlington Spa complex on the Bridlington sea front in East Riding of Yorkshire, England, was named the New Spa and Gardens when it was built, together with the adjoining sea wall, in 1896 by Whitaker Brothers of Horsforth, Leeds. After paying at the turnstile people could enter 5 acres of flower beds, walks and grassed areas, have meals in the refreshment rooms, go to the theatre or a concert, or simply sit and listen to the band playing in the glass domed bandstand. The lake was kept filled by the iron rich water of a chalybeate spring. Lit at night by multi coloured electric lights the spa had 80,000 visitors in one month.

The theatre burnt down in October 1906, but was renovated and reopened in 1907 as the New Spa Opera House designed by W S Walker. It was used to show a new invention, the cinematograph. The complex was bought by the Corporation in 1919 and it was decided to replace the old buildings in 1925 when the Spa Royal Hall was built at a cost of £50,000. This became a popular place along the East Yorkshire coast to go for dancing and concerts, with Herman Darewski and his Radio Band playing there from 1926 until 1937. Another fire in January 1932 destroyed the hall, but once again it was rebuilt, in the record time of 52 days, and reopened in July 1932. After the rebuilding there were two cafes, a Palm Court, a solarium and a dance hall. There was a charge at the turnstiles until the 1950s to enter the gardens.

The Spa closed in 2005 for extensive renovation and has now re-opened.