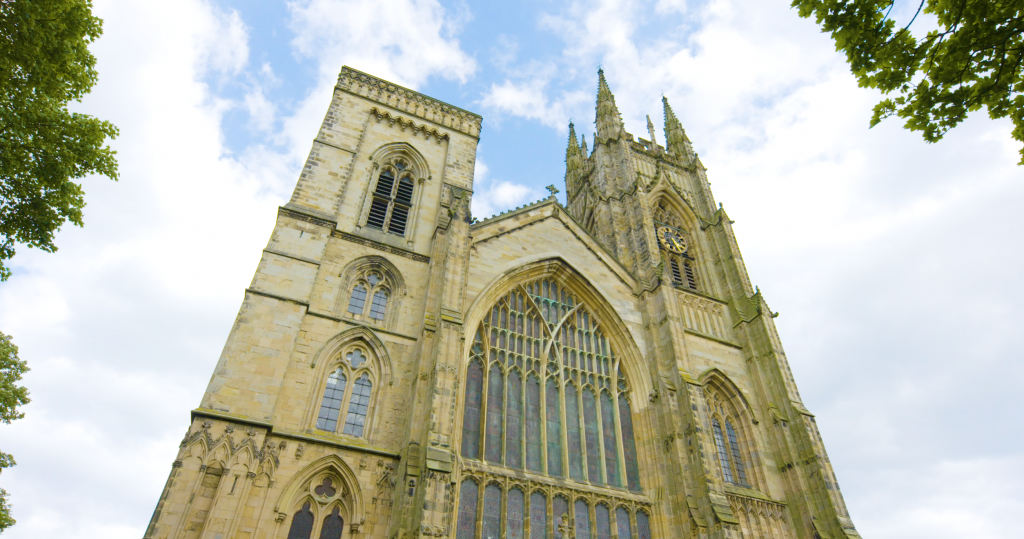 Bridlington Priory History
Bridlington Priory was founded around 1113 by Walter de Gant, for Augustinian Canons Regular, one of the earliest Augustinian houses in England, with an adjoining convent. Its foundation was confirmed in charters by King Henry I of England. The site had formerly been a Saxon church and nunnery. When complete, the building was over 400ft long and 75ft wide, with a transept which was 150ft long. The first prior is though to have been called Guicheman or Wickeman.

The priory was favoured by kings and their nobles and soon owned land across Yorkshire. The Canons from the priory established Newburgh Priory in 1145. King Stephen granted the priory should have right to have the property of felons and fugitives within the town and proceeds from the harbour and later King John gave the priory the right to hold a yearly fair in the town in 1200. During the conflict between Stephen and Matilda, William le Gros, Earl of Albemarle (a Manor in Holderness which is now ‘lost’) advanced on the priory and expelled the canons in his campaign against Gilbert de Gant of Hunmanby.

He fortified the priory and later gave the priory six parcels of land, one at Boynton and the rest in Holderness. Henry IV appropriated the rectory of Scarborough to the priory which was later confirmed by Henry V, Henry VI and Edward IV. A royal license was also granted by Richard II in 1388 to crenellate the priory with a wall and gates of stone. There were fourth gates, Kirk Gate, West Gate, Nun Gate and Bayle Gate. The the priory also had a large library, which listed by John Leland shortly before the dissolution.

The priory was dissolved in 1538 by Henry VIII during the Dissolution of the Monasteries. The priory was very wealthy at the time of the dissolution and owned land stretching from Blubberhouses in the north, and Askham Richard, down to the Spurn Point.

The Church was more than 390 feet in length, surrounded by the Chapter House, Treasury, Cloister, Prior’s Hall, Infirmary. All the buildings were destroyed except the Nave which became the parish church and the Gate-house, which is now the Bayle Gate Museum.

For three centuries after the dissolution, the Nave continued to be used as the parish church.